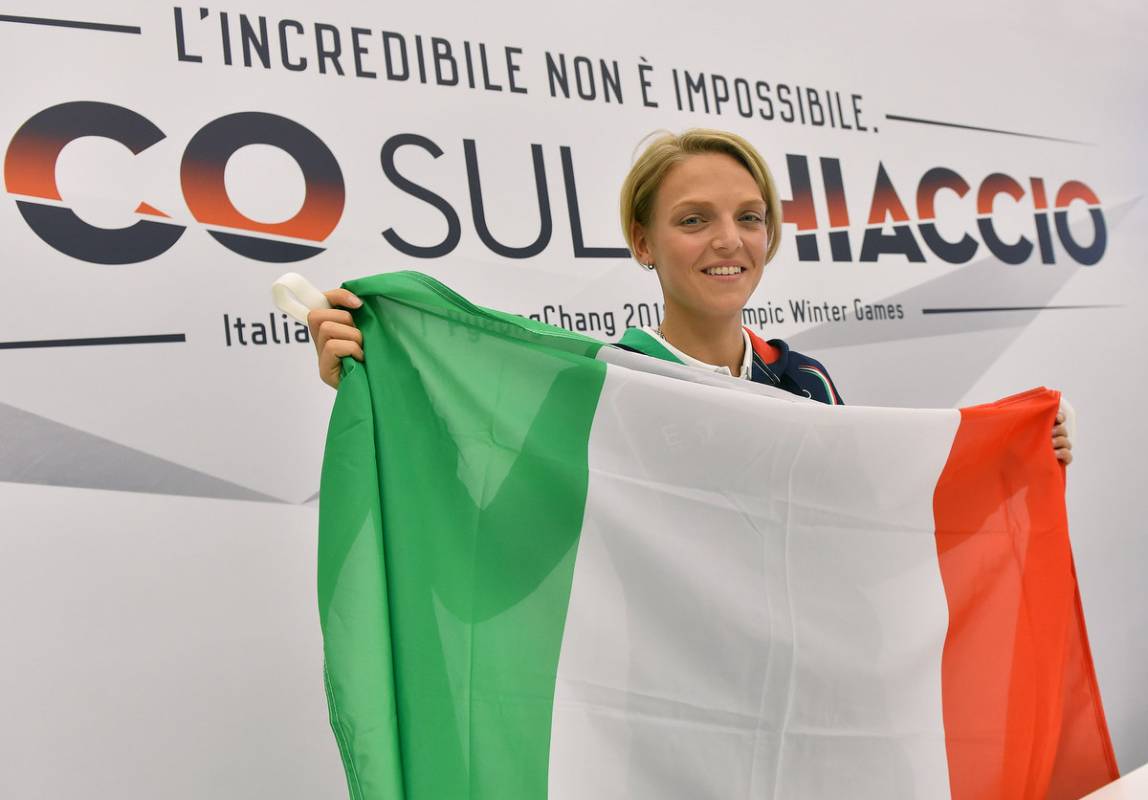 "This is just for you, don't tell anyone else …… Ary will bear the flag"

Alessandro’s message comes unawares late on the evening of a normal Thursday, when every common worker just thinks about the week nearing its end.
I draw a deep breath and an image flashes through my mind: Arianna smiling, with three medals around her neck and the Italian flag firmly in her hand.
That was February 23rd, 2014, the day of the closing ceremony of the Olympics in Sochi.
On Friday, February 8th of this year, it will be like living a deja-vu.
Like restarting a movie after pausing it for a short time, with its plot and main characters still fresh in mind.
Arianna and the Italian tricolour flag: “this is a dream come true”!

As the president of the Italian National Olympic Committee (CONI) Giovanni Malagò publicly said during the official cerimony on Tuesday, October 24th, 2017 in Rome, when Arianna was presented with the flag, this result is a triple victory:
The victory of Short Track, a sports discipline which has never before had a flag bearer, neither in Italy nor the world.
The victory of a valley, Valtellina, a beautiful area blessed with excellent sporting genes.
The victory of Italy, whose people are very patriotic and for who Arianna represents the ideal successor of Federica Pellegrini, Italy’s last flag bearer at the summer Olympics.

Two more World Cup stages and one European Championship separate Arianna from the Olympics at Pyeongchang: the dream goes on…