If Arianna is the undisputed star of the magnificent movie that resumes her career as an athlete, there is a group of friends that is always there to support her and to promote her image in Valtellina and the rest of the world.

If Arianna is the undisputed star of the magnificent movie that resumes her career as an athlete, there is a group of friends that is always there to support her and to promote her image in Valtellina and the rest of the world.


The Fan’s Club of Arianna Fontana was born in a small fraction of Berbenno di Valtellina named Polaggia during the Olympic Winter Games in Turin 2006, thanks to a group of supporters and family members. Chaired by Patrizia Bulanti, it focused on the organization of trips to the capital of Piemonte as well as a great tribute to Arianna with an historic torchlight procession on the day she returned to her hometown.


Over the years the fan club’s catchment area increasingly expands: from the first social dinner with 200 participants to a record 483 attendees in 2014, while yearly membership enrolments are regularly more than 500, with thousands of followers in social media.


After the Olympic Winter Games in Vancouver 2010, the Fan’s Club evolved with few changes within the directive board beginning with the figure of Luca Fumasoni who became president of the Fan’s Club and is now still in charge of the organization.


The emblematic sign of this great change is represented by the official logo of the Fan’s Club, which recalls skates and mountains that are the loyal companions of Arianna’s life.


The development of various gadgets during the seasons has allowed the Fan Club closer contact with the fans: mug, backpack, sweatshirt and t-shirt, beret and pouch are just some of the gizmos the most loyal supporters can purchase every year at the traditional San Giuseppe fair.


Group trips are a unique opportunity to follow Arianna’s endeavours at close range and are also a chance for likeminded individuals to get together.


How can we fail to mention the trip with a bus full of fans to the Worldcup in Turin in November 2013 and to the European Championship in January 2017, the Dutch tours to Dordrecht and Rotterdam or the sheer endless roadtrip Valtellina-Dresden by car for the seventh European title in January 2018?

In the meantime in 2016 debuts in Berbenno di Valtellina the charity event “La Corsa di Sara” (Sara’s Race) a race and walk dedicated to Sara Ravizza, a peer and school friend of Arianna, who died prematurely of a rare disease in 2012.


The background for the Fan Club’s activities is always a charitable purpose, you can find details of the major donations made during the last years here.


The Fan Club selected green as its official colour in 2017, a new logo has been developed as well, with the letters A and F merged and winged – ready to take flight, just like Arianna’s talent.


In preparation of the great event, the Winter Olympics in Pyeongchang, the Fan Club enters the classrooms of the Comprehensive Institute “G. Fumasoni” with its project “WE4RY”, informing students about the significance and the values of the Olympic Games and giving them the possibility to follow the games live on a large screen erected in the gym.


It’s incredible how the two olympic weeks overturn the daily life of ordinary people: Classes, work and lunch breaks turn into get-together to discuss, watch tv together, yelling “Forza Ary!“ at the top of their voices.


The big welcome party for Arianna, under the title “IO SONO LEGGENDA” (I am legend), perfectly represents the adventure begun twelve years ago with the historic torchlight procession through the alleys of Berbenno di Valtellina, a village which, thanks to Arianna, will always be a (small) capital of Italian sports. 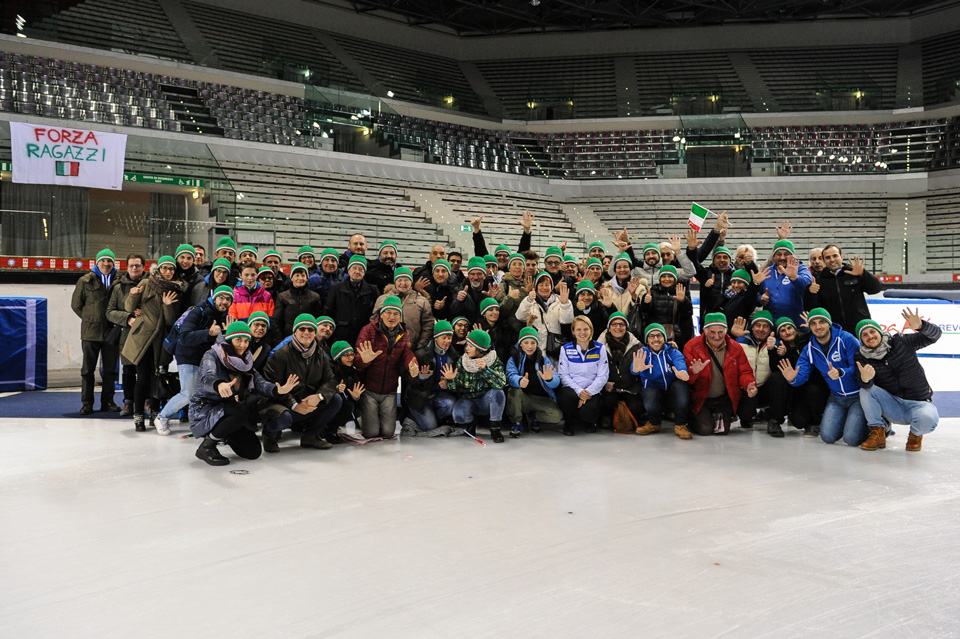 See all the photos